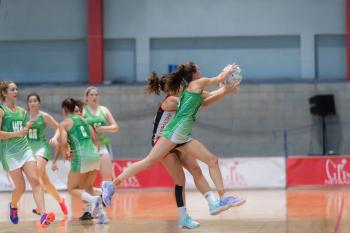 Northern Ireland get wins in Gibraltar

The Northern Ireland Warriors travelled to Gibraltar in October to compete as guests at the European Challenge tournament which took place from 6-11 October. This competitive opportunity allowed Head Coach Elaine Rice to build on the Ireland Test Match win in August, and training matches against Scotland and Wales by working with her squad in a tournament environment. Additional test match wins would mean valuable ranking points towards securing Commonwealth Games qualification on 31 January 2022. 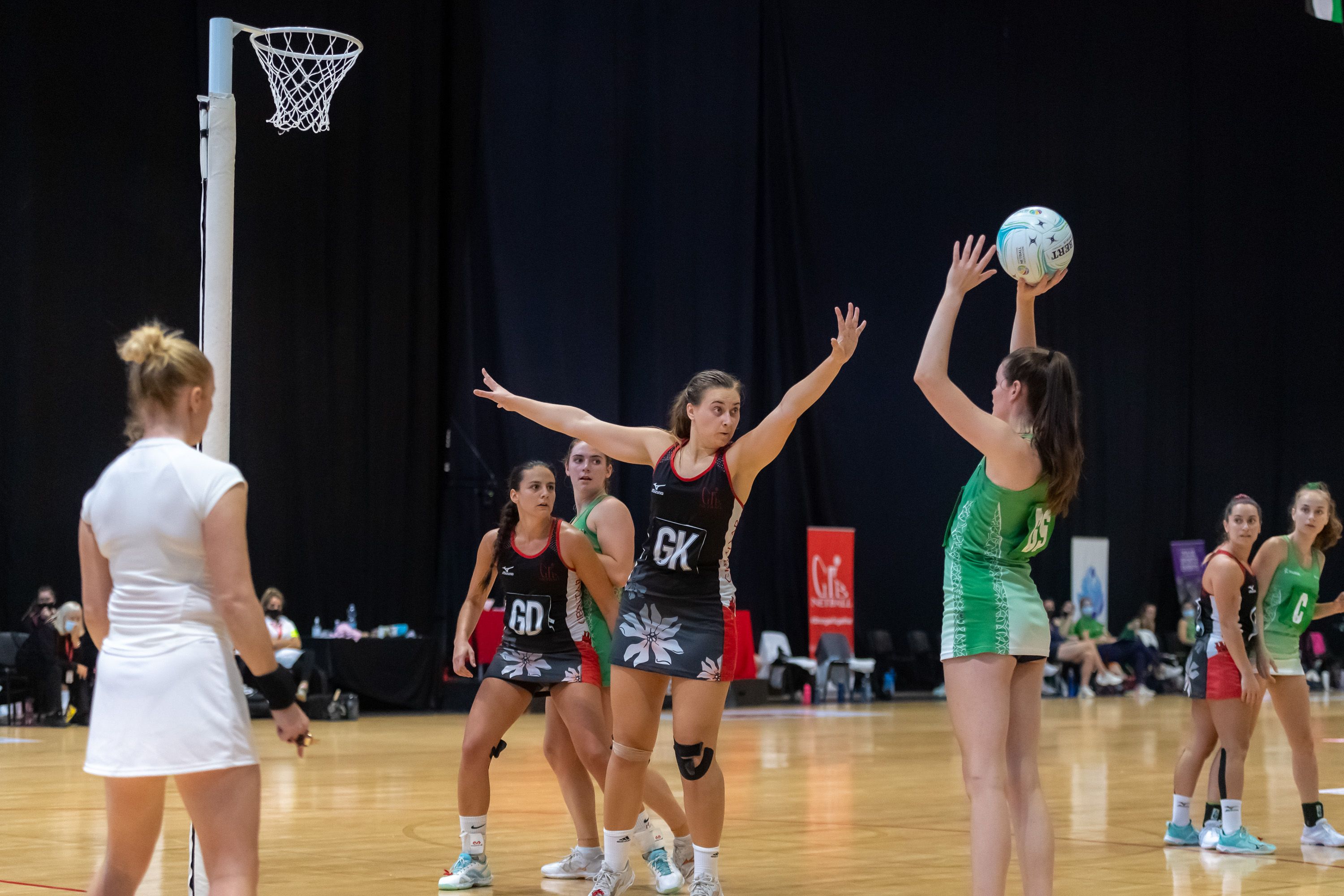 We were very fortunate to attend as guests to Gibraltar to play in three test matches against Gibraltar and Isle of Man, while Netball Europe Challenge ran concurrently. It was fantastic to be back at a Netball Europe tournament.

With assistant coach Clare Winning unfortunately unable to travel we travelled with a squad of 13 players and this allowed the 13th player to join the backroom staff and learn from the side, providing feedback and developing their coaching skills. Furthermore we used the time as a four day training camp to work on our principles of play for future games.

In game one we played Gibraltar, our hosts, we started brightly and the summer training programme appeared to be working as we took a strong lead and built on it. The match was well contested and the score (NI 70 Gibraltar 16) did not reflect the quality of the game. All 12 players took to the court for 30 minutes, with exciting prospect Maria McCann gaining her first cap in Goal Defence. Fionnuala Toner won multiple intercepts 'on the fly' and this provided many opportunities for our attack.

In game two we played Isle of Man, who were very experienced and we were tested particularly in our shooting circle. It was evident that we need to work on our shot selection and credit to the IoM defence for how they played. In defence, we had to adapt to a different style of shooter in Swales, who was very clever in finding space. In Michelle Magee, Swales had a formidable opponent and Michelle rose to the challenge admirably. The final score was NI 49 Isle of Man 25. 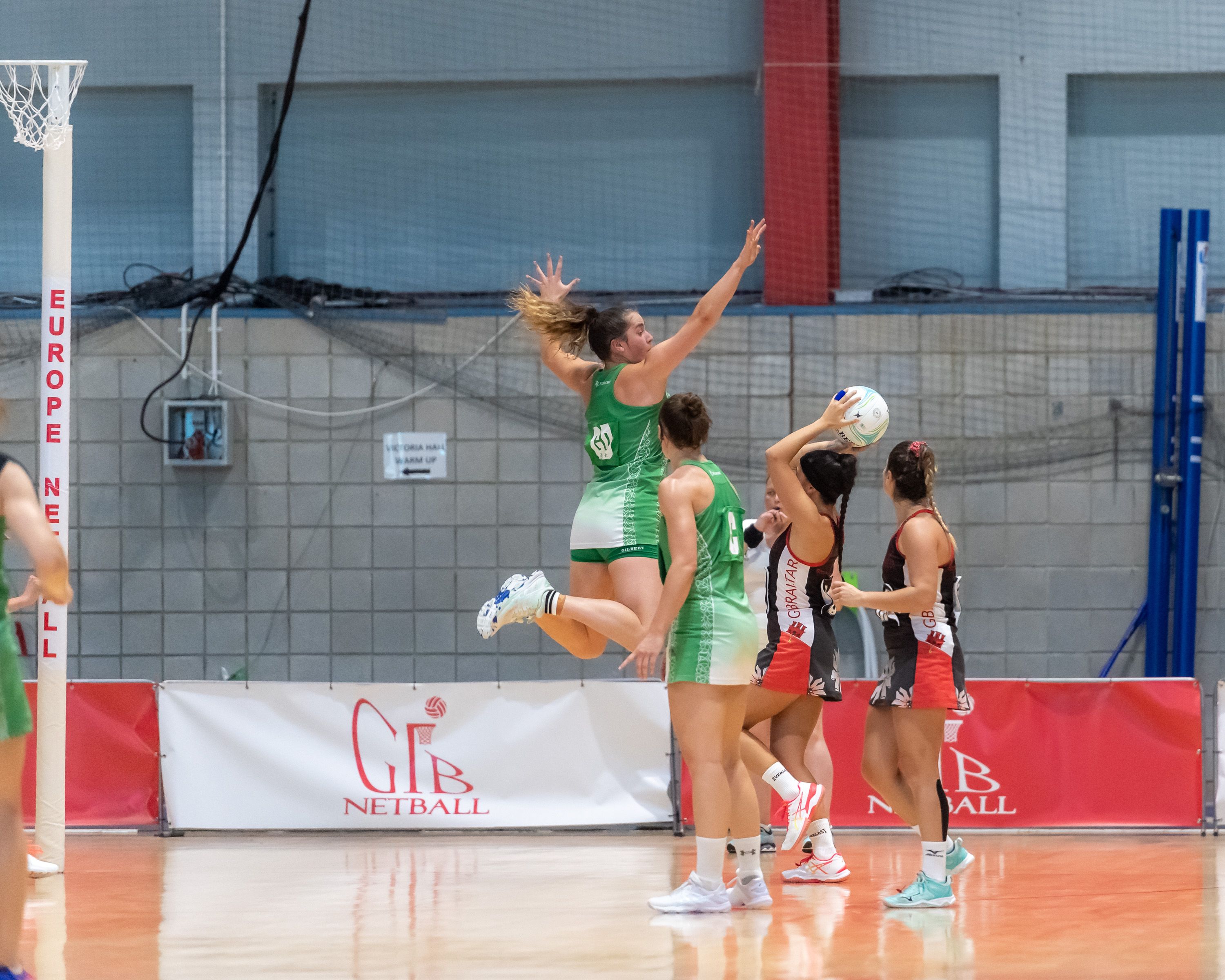 In game three, we were playing Gibraltar again and there were tired bodies on both teams. A second game rarely suits the victor and this was the case (NI 51 Gibraltar 20). Throughout court, there was evidence of 'over thinking' and Gibraltar had spent time working out how to break us down. Jenna Bowman kept our score ticking over and Caroline O'Hanlon and Niamh Cooper kept the mid court in check with their usual high energy performances.

Aside from the three games we enjoyed / endured three team meetings, three performance analysis meetings and five training sessions. Post matches and training we had sea recovery sessions too. It was an intense four days! We are very grateful to Netball Europe, Gibraltar Netball and Brian from Gibraltar CWG for facilitating every request in providing meeting rooms and courts. This was invaluable to us in our future preparations. With many of our players now based in England, we were fortunate to have access to 13 players for four uninterrupted days. The learning, the combinations, the development, the future planning and team cohesion will stand to us as we move forward.