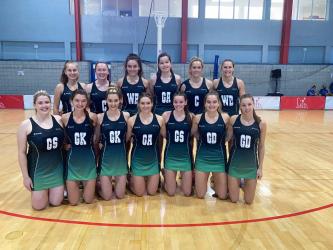 Netball NI are delighted to confirm that the South Africa Spar Proteas will play three matches in Lisburn over the weekend of 22nd – 24th October 2021.

Due to the recent cancellation of the SPAR Proteas’ plans to compete against Jamaica and Trinidad & Tobago as part of the Margaret Beckford Sunshine Series, the South African national side have instead rearranged their trip to now head to Ireland and then Northern Ireland.

Northern Ireland Netball fans will have the opportunity to see the top 5 World ranked team take the court against; the Scottish Thistles, Wales and our own NI Warriors across an action packed weekend as each team prepares for the 2022 Commonwealth Games.

Our NI Warriors having arrived home from a successful 3 match win in Gibraltar will play an extended training match against the Spar Proteas allowing our Head Coach, Elaine Rice the opportunity to see our athletes up against one of the World’s top nations.

“We have learned a lot about our squad over the last 4 test matches, introducing new athletes and combinations and being exposed to different styles of play after such a long break from international competition, so we are really looking forward to taking those learnings on court against a team such as South Africa’.

Full details on how to attend the series will be released shortly with fixtures scheduled for Friday night, Saturday and Sunday afternoons and we hope to see many of our netball family in Lisburn supporting all 3 matches.