February is the Month for Girls in Sport

February 3rd is the day to celebrate all females in sport!

In order to recognise President Ronal Regan who helped to implement the first girl in sport day, Girl in Sport now take over the month of February.

February has become a celebration of women getting active everywhere, featuring all females who have overcome their fears of being judged and who have found their own way of being active physically.

What is Girl in Sport Month?

The ground-breaking campaign aims to increase the overall participation in women’s sport in school, at home and even after or before work. The campaign is primarily focused on increasing the number of girls taking part in sport, whilst enjoying it - despite the hurdles they may face.

Girl in sport day helps to promote equality in sport and to help display to females all over that girls can be involved as well. This month helps to inspire girls and women of all ages and races to be active and realise their power.

Due to covid it can be difficult to get active, but girl in sport month can be used to help recognise the importance of mental and physical health.

The Women’s Sport Fund this year aim to promote staying connected virtually during the pandemic. You can see that all of the netball clubs throughout Northern Ireland have been creating their own ways of staying connected although we cannot be together! In the January e-zine we highlighted Phoenix netball club in Newtownards and how they have been supporting and keeping their team connected during this tricky time. 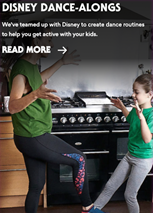 Another charity, This Girl Can; helps to encourage girls and women to become more active and strive to help girls realise their potential and confidence. This Girl Can provides a number of links from running groups near you – to Disney dance alongs! They believe that there is not correct way to become active – as long as the heart rate is able to get up! It’s about getting it right for yourself.

Due to netball being a predominately girl sport, it has given girls and females across the world strong chances of being involved with physical activity.

Netball was first played in England in 1895 at Madam Ostenburg’s College and from the 21st century, the popularity if of netball began to grow – with the game being played in the British Commonwealth countries; however, there were not standard rules for the 9 a side and 5 a side version. In 1967, discussions took place in order to create a standard of play and rules for the sport.

Netball was included in the Commonwealth Games programme, for the first time, in 1998 in Kuala Lumpur, where Australia took the Gold medal, New Zealand Silver and England the Bronze

Fast forward 126 years on from the first match – the Vitality Netball Super League its being fully aired by Sky Sports, between TV and their YouTube channel. 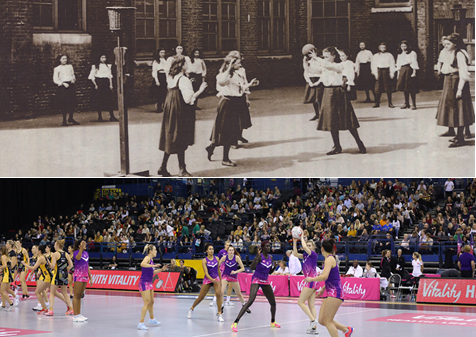